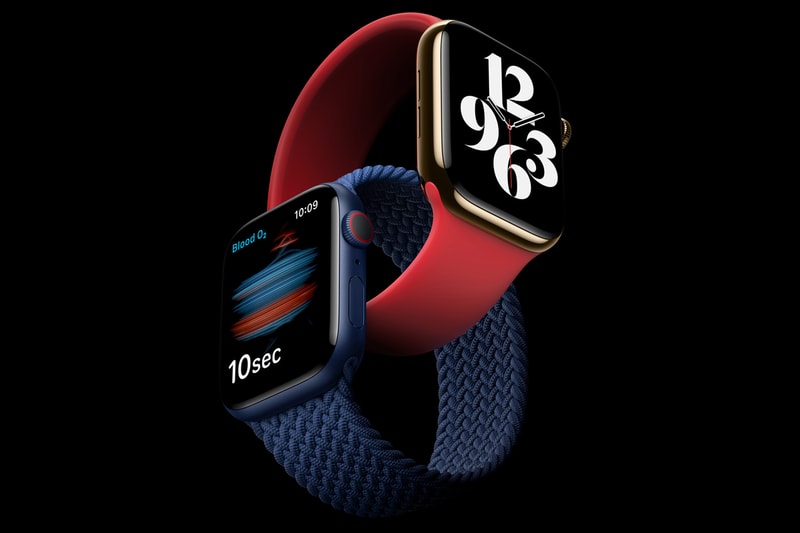 has the latest line of its smartwatch product, the , as well as a new entry-level Apple Watch SE. The Series 6 repurposes the same design introduced in the , but with updated sensors that monitor blood oxygen and tracks its user’s sleeping pattern.

According to Apple, the Series 6 is able to measure blood oxygen levels in 15 seconds by utilizing red and infrared light. As such, the company has partnered with health networks for a large study of the new feature, including tests to see if it can detect those infected with .

The Series 6 will utilize watchOS 7 announced at earlier this year. The new operating system adds native sleep tracking support, a rebranded Fitness Plus app with new workouts, a new hand-watching feature focused on the ongoing pandemic, and support to share watchfaces. WatchOS 7 will be available on all smartwatches from the Series 3 on up, including the new Apple Watch SE. The Apple Watch SE will serve as the successor of the and a lower-cost entry for the product line. It features several Series 3 hallmarks, including compass, fall detection, swim-proof chassis, face sharing, and more. But it does not feature the always-on display shown on the Series 5. However, it will utilize the previous S5 chip, run watchOS 7, and is available in Bluetooth-only and cellular options.

The Series 6 introduces a new Solo Loop strap made of one piece of silicone in a range of different styles and colors. A new Solo Loop made of yarn is also available in five colors, as well as a new leather link strap. The smartwatch itself will be available in gold, graphite, blue, and Product (RED) starting at $399 USD. The Apple Watch SE starts at $279 USD. and are slated to ship on September 18.

In other tech news, .