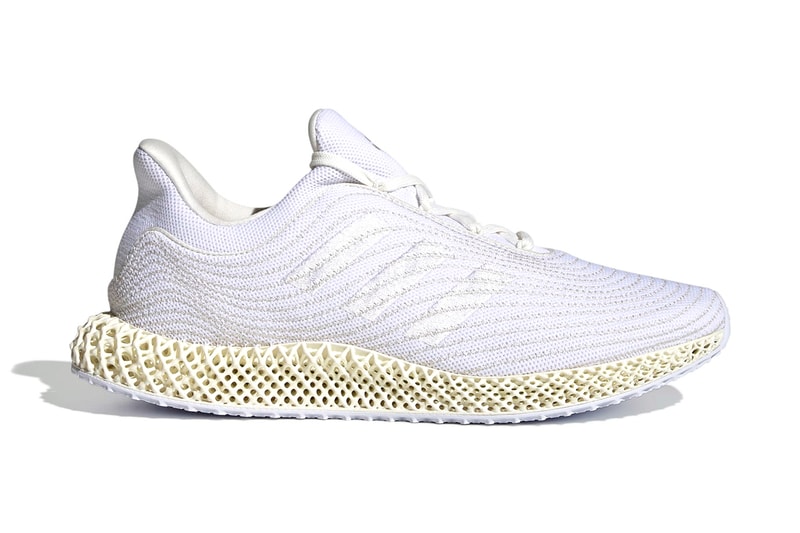 and first debuted its back in July 2020, dropping the pair in a stealthy “Core Black/Blue Spirit” colorway, and now the sneaker is set to return in a crisp shade of “Cream White/Aluminium.”

is a organization that takes plastic waste from remote islands, beaches, coastal communities and shorelines and turns it into a workable yarn for companies such as adidas to turn into shoes. For this collaboration, the features zero virgin fibers and a 50 percent textile upper, of which 75 percent is made from Primeblue yarn.

Furthermore, this colorway celebrates adidas and Parley’s fifth anniversary, most notably paying homage to the that released back in 2016 in very limited numbers. Back in 2016, BOOST ruled the roost at adidas’ running division, but now the sportswear giant has paired its predominantly recycled material upper with a 4D lattice sole unit, made using light, oxygen and resin.

The 4D sole has been specifically coded for performance, stability, and comfort, absorbing and returning energy with every step. It’s also been put under a diet, making the shoes just 268 grams each which should further assist you when running by not being too heavy on the foot.

‘s latest ground-breaking pair of 4D Parley sneakers in “Cream White/Aluminium” will launch exclusively via the on January 15, costing £220 GBP a pair (approx. $300 USD). Take a closer look at the sneaker above.

In other footwear news, .