9 of the best kids’ movies on Amazon Prime 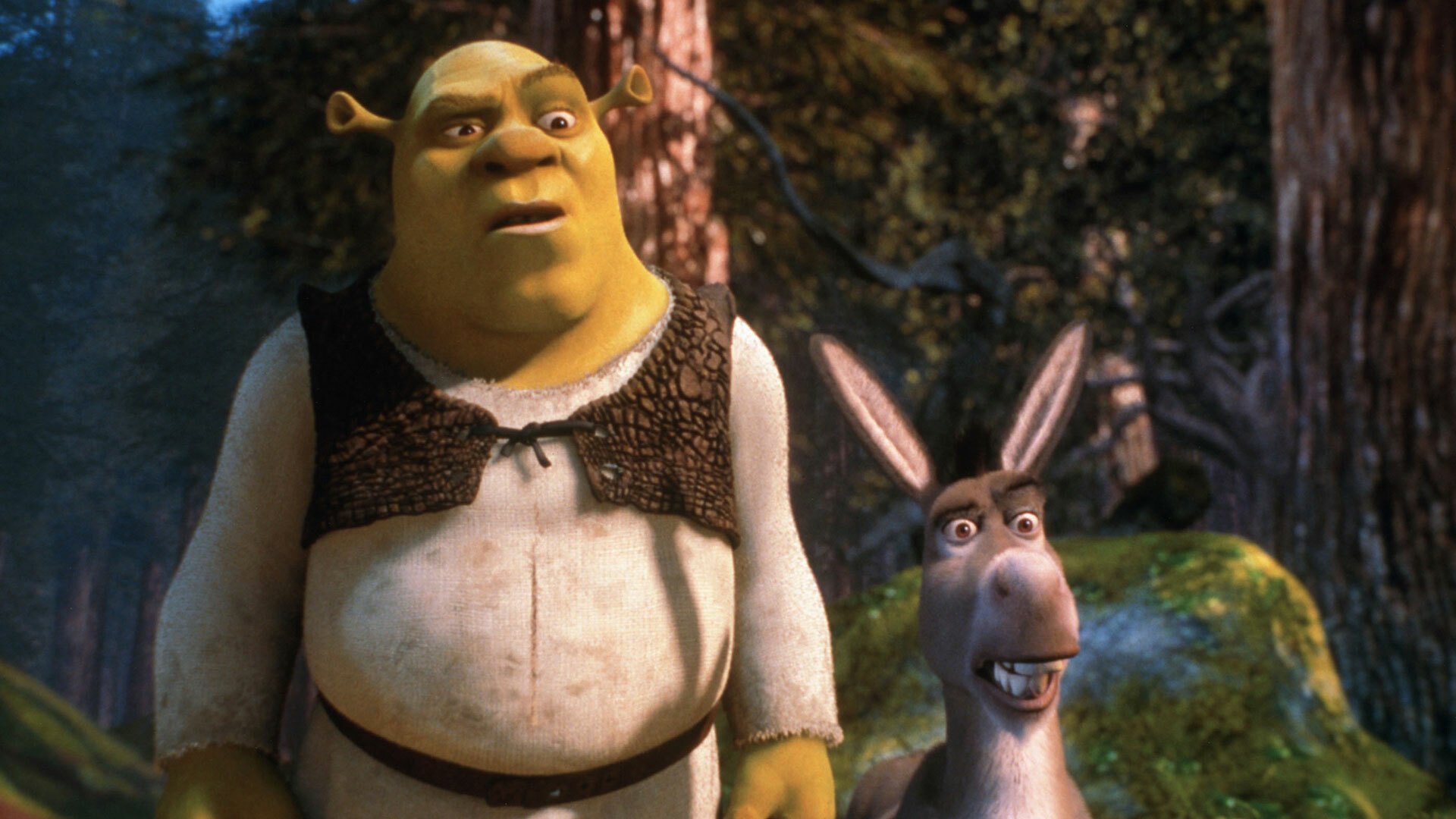 You don’t have to be under the age of 12 to enjoy kids’ movies.

Main target demographic aside, sometimes you just want to sit back and watch a host of colourful characters — maybe of the animated variety, possibly CGI — getting out there and going on some rip-roaring adventures.

The good news is that the streaming services have us more than covered, with plenty of options to choose from on and (of course) .

But don’t overlook Amazon Prime, either. From oddly existential unicorn cartoons to miniature talking mice, here are some of the best kids’ movies you can stream today… 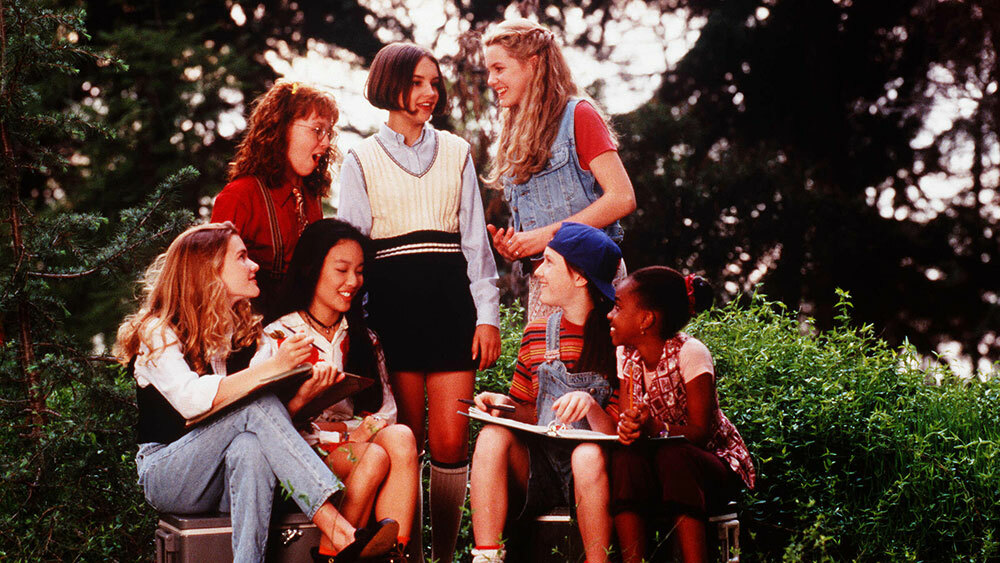 If you dreamed of having your own phone and stashing junk food all around your room as a kid (Claudia Kishi hive assemble), then you probably read Anne M. Martin’s The Baby-Sitter’s Club book series. The concept was simple: a group of teens in junior high in the suburb of Stoneybrook regularly meet to make extra cash through their babysitting business — but more importantly, to talk about all the stuff that’s going on in their lives (crushes, family crap, dumb school, etc.).

, in 1995, the books were made into a film by director Melanie Mayron, with Rachael Leigh Cook as Mary Anne, Larisa Oleynik as Dawn, Tricia Joe as Claudia, Schuyler Fisk as Kristy, Bre Blair as Stacey, Zelda Harris as Jessi, and Stacy Linn Ramsower as Mallory. The film sees the BSC running a summer day camp as its core narrative, but each member has their own drama going on in their lives, from Kristy’s relationship with her estranged dad to a questionable storyline involving Stacey hiding her age (and her diabetes?) from an older guy called Luca. But there is a memorable scene involving a “quick study” science rap that will get stuck in your brain, the centre of the chain. — Shannon Connellan, UK Editor

2. Horton Hears a Who 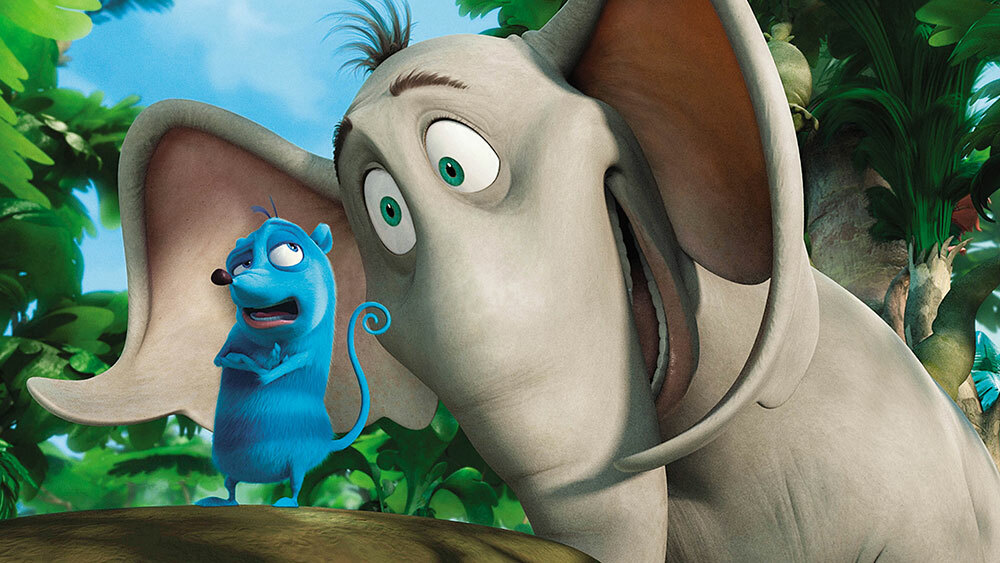 As well as The Lorax, potential young climate activists need to watch Horton Hears a Who, the film version of Dr Seuss’ parable about doing everything you can to protect the planet. (It’s worth noting that the source material of this film comes from the children’s author whose — Horton is not among these.)

Using every last theatrical element of his voice, Jim Carrey is perfect as Horton, a sweet, friendly elephant whose quest to save a tiny world goes largely mocked. As the title suggests, Horton hears a small noise coming from a piece of floating fluff, on which the city of Whoville resides (here Whoville is located within a speck, and in The Grinch, also starring Carrey, it’s located within a snowflake, keep up). So, Horton embarks on a perilous journey to keep Whoville safe. Steve Carell brings his good-natured sarcasm to Whoville’s jovial Mayor Ned McDodd, and the cast also includes Amy Poehler, Niecy Nash, Seth Rogen, Will Arnett, Isla Fisher, Selena Gomez, Jonah Hill, Dan Fogler, Jesse McCartney, and Carol Burnett as a snobby naysaying kangaroo, “the type who’s convinced she knows better than you.”

But apart from being a star-studded ride through Blue Sky Studios’ stunning, bright animation, the film also encourages us to think about the smaller ecosystems we might not be able to see or hear, our impact upon them, and why we should do whatever we can to protect them. — S.C. 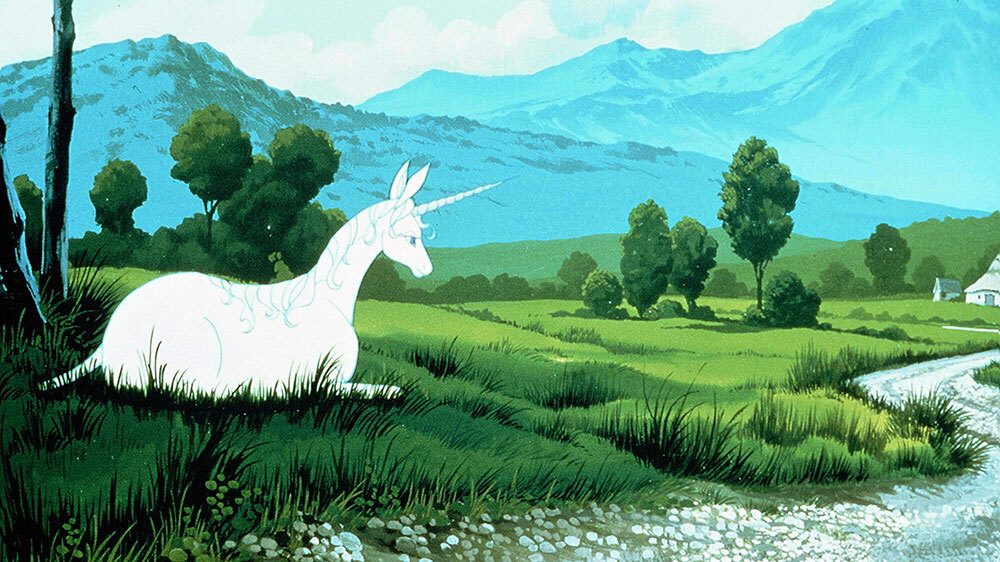 Fair warning: The Last Unicorn isn’t your typical jolly, look-at-how-much-fun-we’re-all-having kind of kids’ movie. Not at all. Although there are some lighthearted moments it’s also pretty bleak in parts, probably closer in tone to Watership Down than Monsters Inc. But that doesn’t mean you should skip it! If you’re a fan of the darker Disney movies and Studio Ghibli films like Spirited Away, The Last Unicorn is well worth checking out. The story — based on Peter S. Beagle’s novel and adapted by the man himself — follows the titular unicorn (voiced by Mia Farrow) on a quest to re-discover the rest of her kind. Along the way she must contend with an evil witch (Angela Lansbury), a miserable king (Christopher Lee), and the shadow of an ominous red bull that wants nothing more than to trap her forever. Extra points for the music in this one, which comes with some original songs from Jimmy Webb performed by the band America and the London Symphony Orchestra. — Sam Haysom, Deputy UK Editor 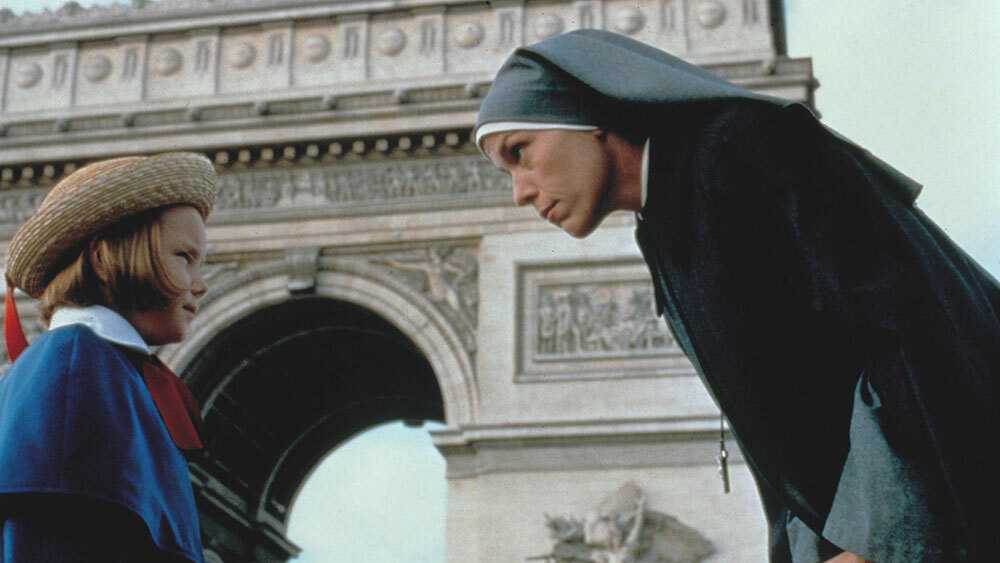 Adapting children’s books into live-action films is not the easiest thing to do. Especially when the film involves a clown-orchestrated kidnapping and an inadvertent fall into the River Seine. Madeline manages to string each chaotic event together into a pretty heartwarming film, though. The heroine (you can guess her name) is a precocious young girl attending a Catholic boarding school with 11 other girls, run by a loving nun and excitable chef. The plot sees the girls forced to save their school from being shut down, and they get into all sorts of adventures in the process. It’s a wholesome family film that might just procure a tear or two. — M.N.

The 10 best kids’ movies on Netflix this weekend 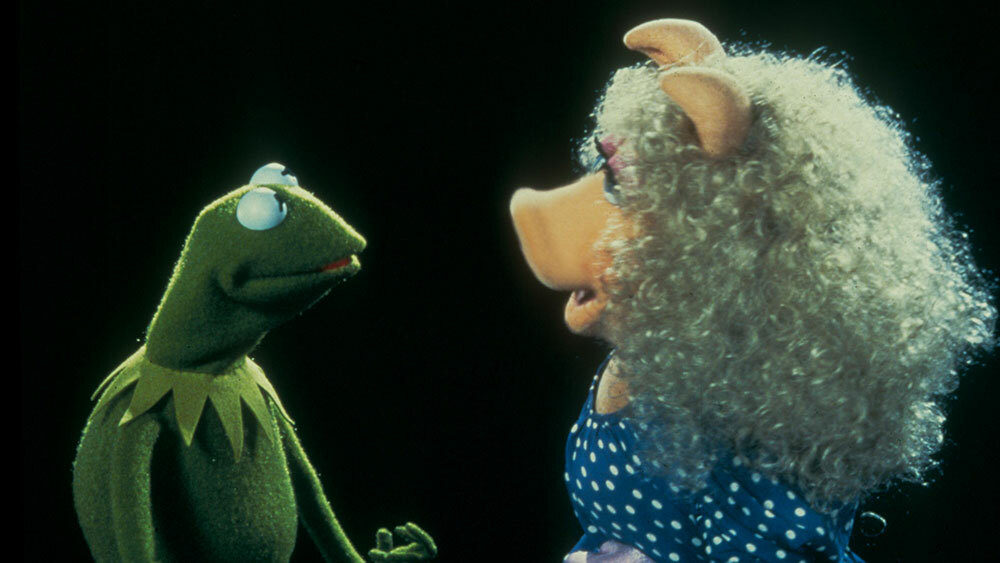 You can never go too far wrong with The Muppets. Jim Henson’s colourful band of puppets journey to New York in this 1984 sing-a-long, with Kermit bringing the gang’s musical to Manhattan in an attempt to get it produced on Broadway. Cue plenty of entertaining songs, some amusing slapstick moments and a cute rags-to-riches story that sees everybody’s favourite frog navigating a world of dubious producers, kindly cafe workers, and one very jealous pig. — S.H. 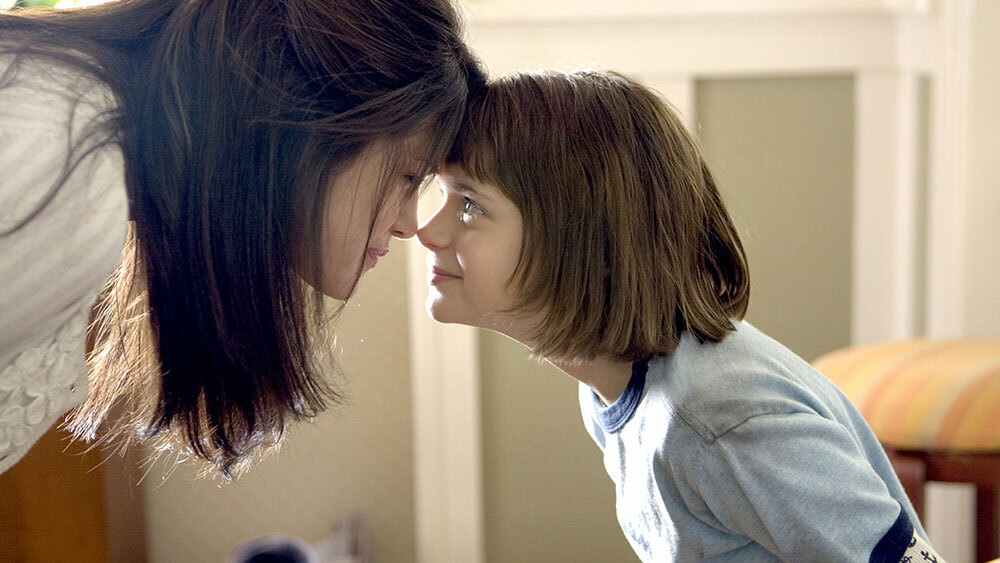 Based on the Ramona books written by Beverly Cleary in the ’50s, Ramona and Beezus is just a really sweet movie about being your best and weirdest self, growing up, using your imagination to be extraordinary, and hey, being a bit nicer to your sister.

A tiny Joey King is the mischievous Ramona Quimby, who, despite what her big sister Beatrice (aka Beezus, played by Selena Gomez) will tell you, is not a pest! Sure, she might squeeze a whole bunch of toothpaste into the sink and annoy her mum Dorothy (Bridget Moynahan) and dad Robert (John Corbett). Sure, Ramona’s stories in class aren’t quite yet appreciated by her classmates or teacher, Mrs. Meachum (Sandra Oh). But she’s just being creative — as some of the surreal sequences in this film will attest.

When her dad loses his job, life throws a bit of a challenge at the Quimbys, with Ramona looking for life advice from her aunt Bea (Ginnifer Goodwin) and her beloved cat Picky-Picky. She’ll need to use her particular brand of creativity to find her way through it all — and find a way to get along with Beezus too. — S.C.

7. The Secret of NIMH 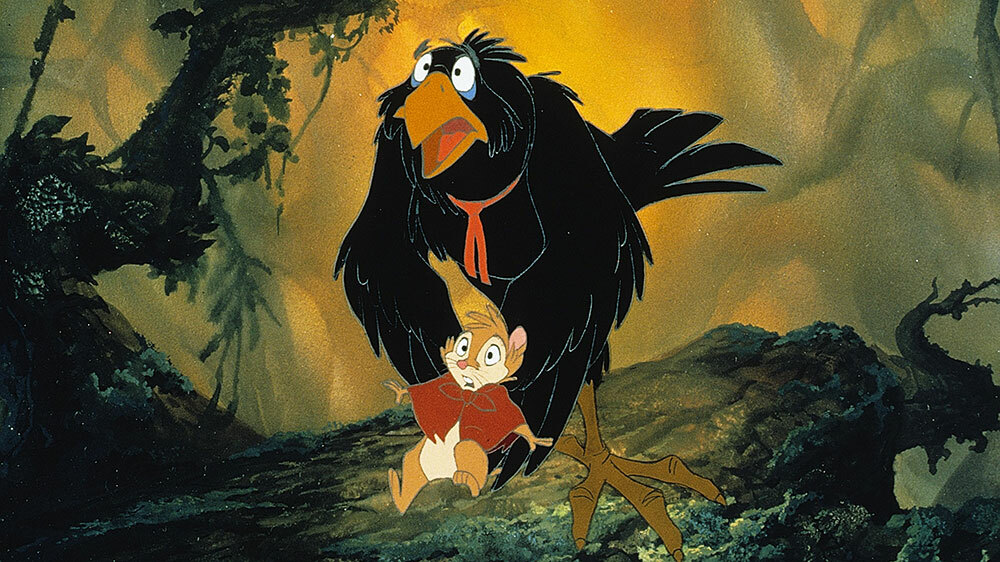 The life of a mouse is fraught with peril in “The Secret of NIMH”.
Credit: Aurora Prods / Kobal / Shutterstock

The main protagonist in The Secret of NIMH may be a tiny adorable mouse, but don’t let that fool you: Like The Last Unicorn this is another dark one, with levels of peril that practically hit Jason Statham levels in certain scenes. Rats engaging in bloody sword-fights? Check. Giant, terrifying cats? Check. Characters almost drowning in quicksand? Check. Basically it’s not for the faint of heart, but if you’re after a fast-paced adventure with a moral message up its sleeve, you won’t go far wrong. — S.H. 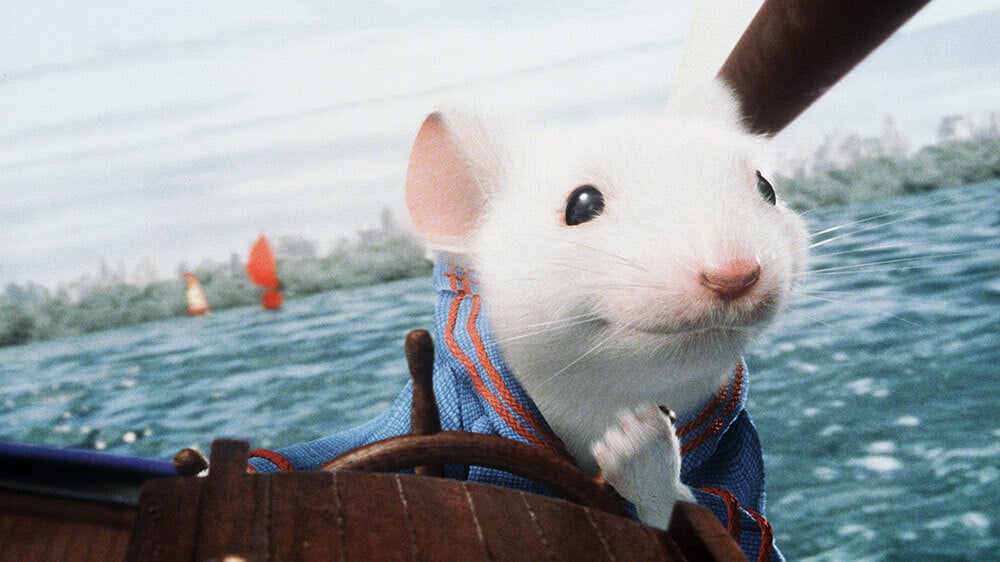 There are many famous movies out there starring mice — Mousehunt; The Great Mouse Detective; The Secret of NIMH from this very list — but Stuart Little is arguably king of the genre. With his bright jumpers, red Converse shoes, and habit for getting trapped inside washing machines and ticking off the household cats, Stuart Little is a character who that doesn’t really need much more of an introduction. Voiced by Michael J. Fox and starring Hugh Laurie and Geena Davis, this is peak family viewing that you pretty much have to see at least once. — S.H. 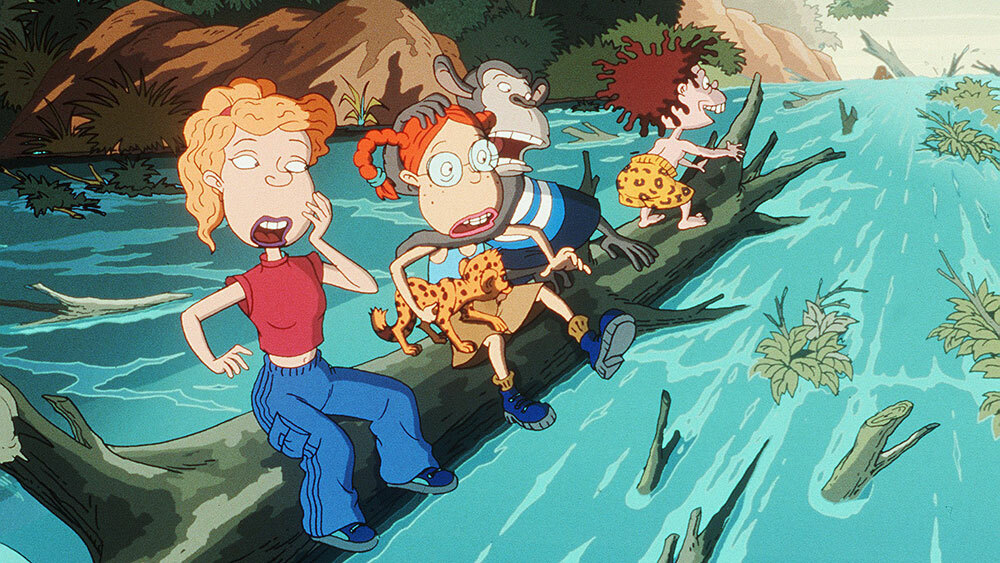 The Thornberrys are constantly finding themselves in life-threatening situations like this one.
Credit: Paramount / Nickelodeon / Kobal / Shutterstock

Based on the popular Nickelodeon series of the same name, The Wild Thornberrys Movie zeroes in on the struggles of Eliza Thornberry, a young girl who can talk to animals and must track down a missing cheetah cub after it gets snatched by evil poachers. Okay, so there are a few sequences in this one that feel a little like bit like padding (the whole boarding school sequence is a little random), but this one makes up for it with its diabolical villains and surprisingly intense, elephant-hopping conclusion. — S.H.