7-foot video screen: Better than Zoom or a portal of doom? 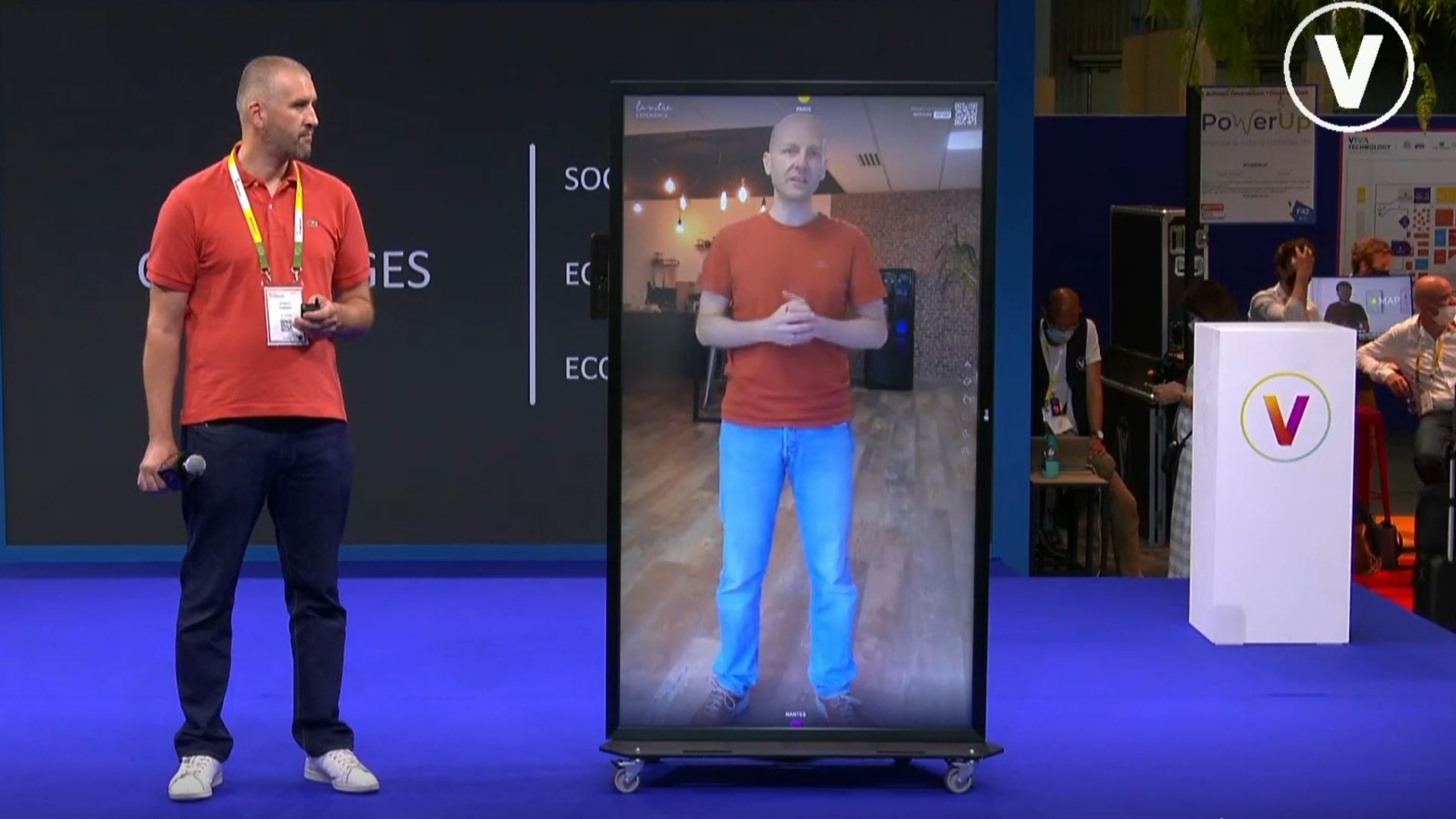 For nearly two years during the pandemic, office workers across the globe have acclimated to only seeing their coworkers as floating heads on video calls. But a French startup at CES showing off its 7-foot digital video chat system wants you to see colleagues from head to toe, even when you’re far apart.

While it may sound like a solution to our collective Zoom dread, the massive video portal has an intrusive element that makes using it as a work-from-home device ripe for mishaps.

Called le Vitre, which translates to the window, it never turns off. Like the two cabinets at Hogwarts and Borgin and Burkes that form a passage, la Vitre is “permanently opened to another space,” the company says. While it “can be blurred for privacy reasons,” having something that’s always on in your home office has the potential to get complicated.

The screen is currently used mostly in office settings and at events to present speakers on stage, but Romuald Boulanger, co-founder and CEO of la Vitre, said in an email that expanding to home offices could be in the company’s future.

“Why not, one day, open it to other scenarios such as homes?” he said.

It to try to make virtual interaction at work more lifelike; a video-conferencing robot nicknamed “FaceTime on wheels” comes to mind. But unlike a tablet on a rolling stick-shaped robot, la Vitre is designed for optimal realism.

“It was designed to provide the most immersive experience possible,” said Boulanger. “Sound and video quality, elimination of external noise pollution, everything was thought of to make discussions more fluid.”

But whether you’re at work or working from home, would the sudden lifelike appearance of your colleague be a little too immersive? To video chat with a colleague, users tap on the screen “as if they were knocking on the door of the neighboring office,” according to the company. When you hear a “knock,” one would simply move in front of la Vitre to engage in the conversation. Nothing like a friendly knock from a digital abyss to start your work day.

Users can upload and share documents and media while awkwardly standing face to face as they converse. The interactive touchscreen, which is compatible with LG and Samsung, also allows users to write messages like “help” or “I’m watching you.” OK, hopefully not those messages, but it could happen. The product can also translate what’s being said in 60 languages into text on screen, la Vitre says, but we haven’t seen that in action.

“Ultimately, la Vitre is a huge time saver, and it is more efficient to see each other for 5 minutes through it than the long email conversations which often become unintelligible,” Boulanger said. However, there are plenty of office workers across the globe who The screen is available for 36-month leases, but when asked about pricing, Boulanger said the company has yet to set a price for the U.S. market and didn’t share pricing in other markets.

If la Vitre does eventually make its way into remote home offices, just make sure to wear pants if you’re walking near the portal.