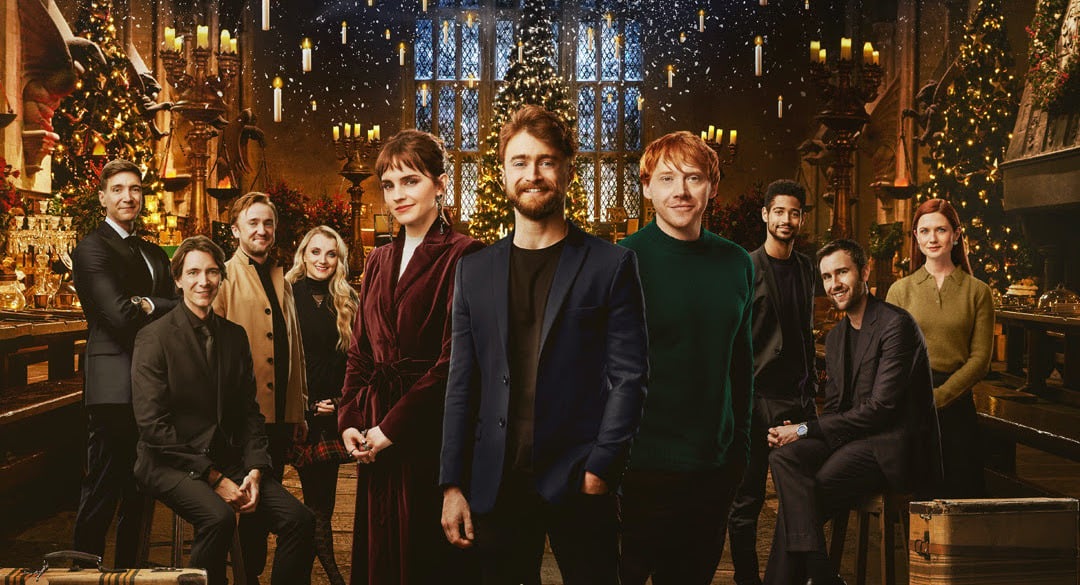 No one is more surprised than the Harry Potter cast to hear that it’s been 20 years since the premiere of the first film, Harry Potter and the Sorcerer’s Stone.

“It doesn’t feel like we’ve earned a reunion yet,” Rupert Grint said during Harry Potter 20th Anniversary: Return to Hogwarts. Seated in an armchair in the Gryffindor common room, he and co-stars Daniel Radcliffe and Emma Watson repeatedly marvel at how it feels like so long yet no time at all since they made these magical movies.

The first Harry Potter led to eight movies across ten years in a beloved film series that only wrapped up a decade ago, with Harry Potter and the Deathly Hallows – Part 2 in 2011. , there has been no official cast reunion until now, when HBO Max brought the gang back together for

With no host, the interviews and anecdotes make a different kind of emotional impact, packaged with behind-the-scenes footage, clips from the films, and a whimsical score from Charlie Mole.

There’s a whole lot to love, but here are our top-five favorite moments from Harry Potter 20th Anniversary: Return to Hogwarts:

1. The ballad of Tom and Emma 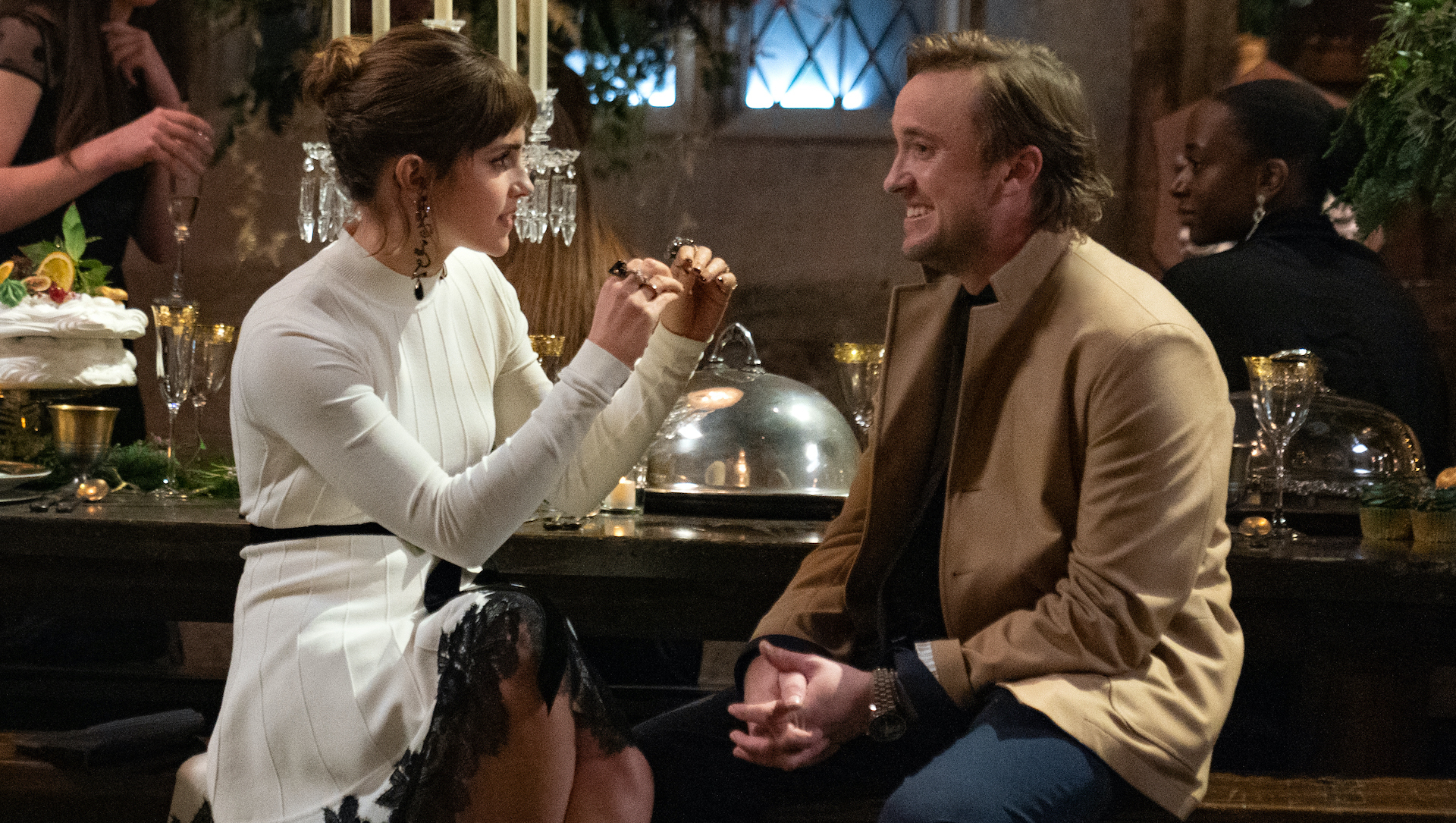 They just love each other okay??
Credit: HBO Max

About halfway through the special, Emma Watson and Tom Felton declare their love for each other. In separate talking heads, the actors — who thrilled Harry Potter fans by hanging out as adults — speak glowingly of each other and of their bond. It’s a bond that Watson conclusively said has never been romantic, but it clearly means a lot to them both.

It’s a wonderful moment, underscored by Watson’s similar connections with Radcliffe and Grint, which transcend description as friends or brothers. Her bond with Felton stands out because of the increased years between them and how few scenes they shared together. It’s not quite the star-crossed romance of Draco/Hermione shippers’ dreams, but something arguably much more beautiful.

Also, that anecdote of how he sassed her for not knowing what a boom mic was when they first met? Precious.

2. A prank from the ashes 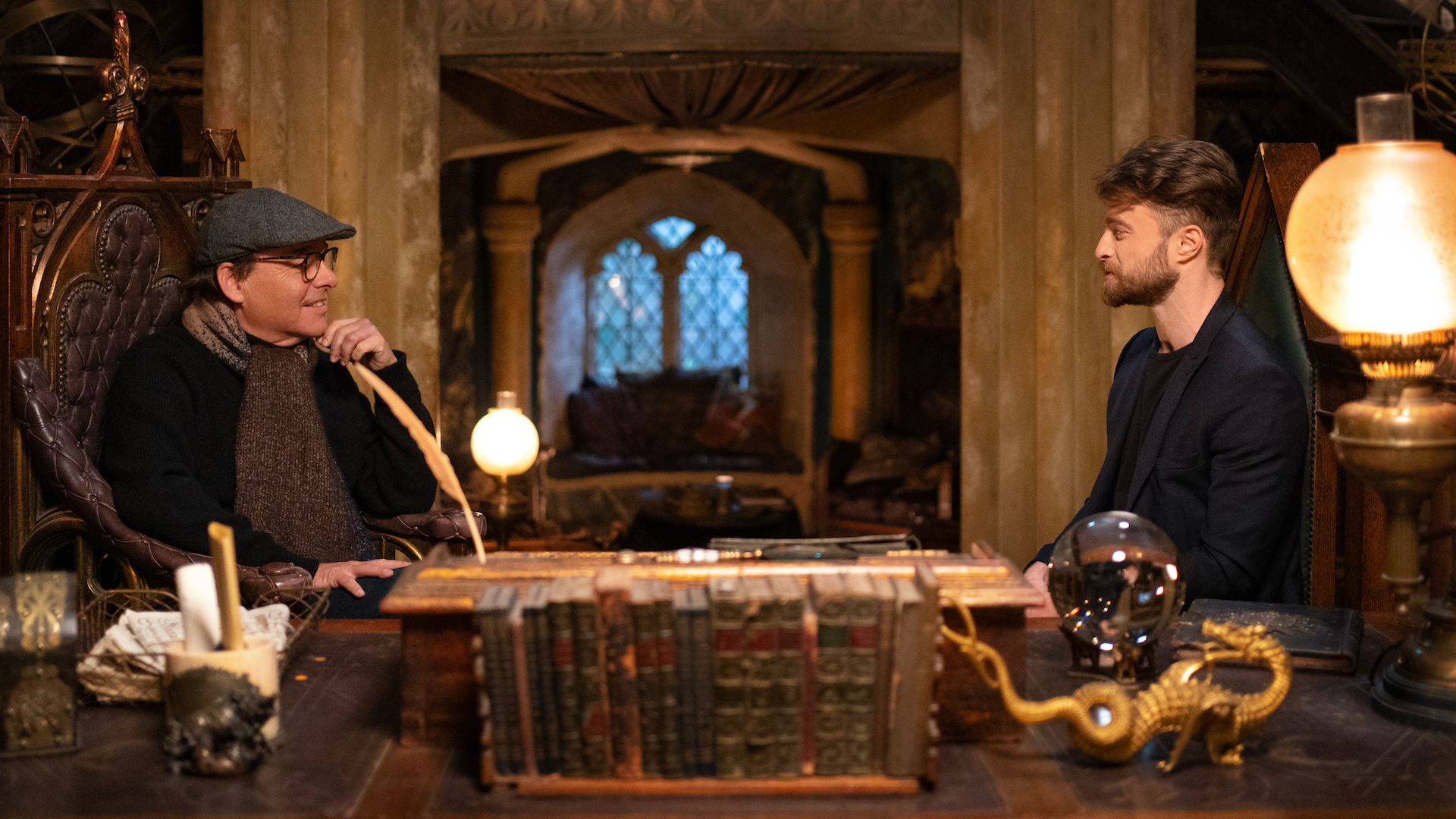 Daniel Radcliffe sits down with director Chris Columbus. The two haven’t worked together since “Harry Potter and the Chamber of Secrets” in 2002.
Credit: HBO Max

In a conversation set in Dumbledore’s office, Radcliffe and director Chris Columbus reveal an accidental prank on actor Richard Harris, in which they were both complicit. During Harry Potter and the Chamber of Secrets, Harris, who played Dumbledore in the first two films, shared scenes with Radcliffe and an animatronic phoenix. This model was so lifelike that he thought it was a real bird. The young Radcliffe didn’t dare correct him, and Columbus harnessed that fancy for the performance. Harris died after the second film, which means he believed it was a real phoenix for the rest of his days. If you work with the same people for ten years, you’re gonna have some inside jokes. Many of the actors, who were children when the films started, recall what it was to be on a blockbuster movie set as a hyperactive child. Radcliffe, Watson, and Grint remember playing “slaps,” the very resourceful game in which you try to slap your opponents’ hands to test their reflexes.

They also remember the Great Hall’s iconic floating candles falling from the ceiling because the flames were burning through the strings that held them up. Radcliffe speaks in a solo interview about raging hormones on the set of Goblet of Fire, and the trio also recalled a funeral service for Watson’s hamster. Meanwhile, James and Oliver Phelps and director Mike Newell remember a scene rehearsal that broke the director’s ribs.

Even in a feature-length special, you get the sense that this cast could talk about their experience for hours, and they probably did. Hopefully, HBO Max isn’t done sharing the footage with us.

Grint and Watson have spoken freely for a decade about their dreaded kiss in Deathly Hallows – Part 2. But they revisit it once again in this special — and to delightful effect. A clip from the set reveals Yates breaking the news that it’ll be filmed later in the week, and even the back of Watson’s head registers the shock.

“What?!” Watson cried, leaning in as if she misheard. “This week?”

She and Grint recount the horror from their common room chairs while Radcliffe laughed along. (“I’ve been told significantly that I was just being an absolute dick about this,” he added). After all this time, Watson still describes it as “one of the hardest things I’ve ever had to do,” but Ron/Hermione fans will love the playful energy, additional takes, and bloopers. 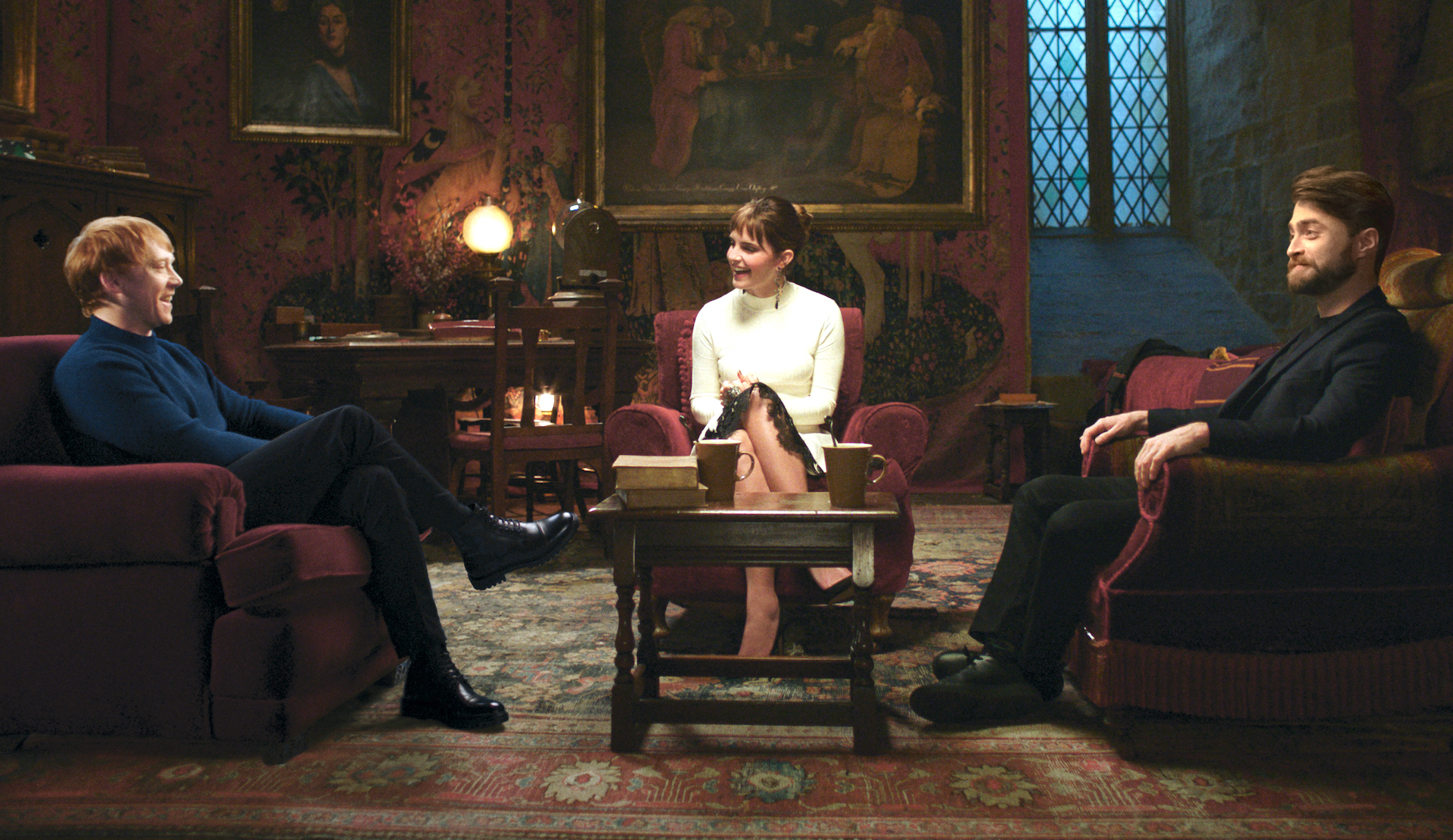 In its more serious moments, Return to Hogwarts reflects deeply on young fame and the kind of unprecedented situation into which its child actors were thrown. As they grew older, many were compelled to pursue acting professionally and learn from the gigantic stars around them. Yet there was also a sense of loneliness to the path on which they ended up.

“Even my name didn’t feel like my name,” Grint recalled of those years, when their lives and their characters’ blurred almost indistinguishably. “I felt like I only knew how to do one thing: I knew how to play Ron.”

Watson recalled feeling isolated as the only female of her age group in the main cast. (Rumors swirled about her leaving the series before shooting the final films.) Plus, the three of them speak candidly, if cautiously, about what they couldn’t express in their early teens. How did it feel? Could something have made it better? How did it shape who you are now? Ultimately, they express no regret.

Watson said of this time, “We were each very strong for each other.”

Where Return to Hogwarts excels is in effortlessly immersing us in the camaraderie of the Harry Potter set, where these actors, dozens of others, and a massive crew were each other’s entire world for a full decade. It’s such remarkable chemistry and fondness that the grandeur of the films’ actual story — the battle of good and evil — seems to pale in comparison.